Father’s Day: Share Your Loving Story and Remember Your Dad

Sunday is Father’s Day. And like most of us who are missing our Dads, we would rather spend the day in quiet dread. We long for the day to disappear, where social media, and reminders of happy, zippy families are somewhere else.

Our experiences shape our relationships and in return, create deeper connections with our loved ones. All too often, it is those who we love – but who seem just beyond our fingertips – that we yearn for most of the time.

My father, Norman, was a fashion designer, trained in Paris and London. He was a handsome man with British charm. But growing up, he was – so poised, so professional, so eloquent, so rarely seen. My childhood memories were vague as he was rarely home. I missed him deeply, especially as I drifted through my teenage years – punctuated by broken hearts, confusion about boy behaviors, and the existential wonderments of my life goals and purpose.

Throughout my twenties, I subconsciously attracted the same familiarity of remote love. I was falling for men who were gorgeous and charming, but ultimately unavailable and would disappear into the ethers without reason leaving me heartbroken.

As I hit my thirties, it dawned on me that I needed to change my relationship with my father.  I desperately needed to hold his hand – to be seen, to connect. But I could not think of any stories to share: there were so few moments between us that memory lane was filled only with visions of me writing him letters at night that I never sent because I did not know where to send them.

My mind was blank, yet I was determined to find that one thing that could connect us, that could be a story to share. And wouldn’t you know it: I suddenly remembered that dad made the best omelets. As a child, I was mesmerized watching eggs transform into a soufflé. It was like watching a magic trick. There, in our London kitchen, in the darkness of a few early winter mornings – the frying pan would crackle in the background, and I watch in awe as those eggs grew and grew before my eyes. Back then, I never knew that his secret was that he added flour.

With a firm intention, I reached out and let him know how much I loved his omelets. He was happy to cook them for me, and on Sundays, I would schlepp across town to sit in his kitchen and watch the magic alongside him. I was so excited I started to tell everyone how fabulous my father was and that he made the best omelets. I began to understand that perhaps cooking for me was his way of taking care of me, in a way, no one had ever been there to take care of him.

Finally, I had a story.

With a tad more confidence, I started to tell him how talented he was. In time, he would repeat the same words back to me. I was thrilled to hear that my father loved my talents.  I noticed he was open to affection, and I would relish a moment and kiss him sweetly.

I continued with the one thing about my father, and it led me to so many more things. I would leave messages for him, letting him know that I loved him to bits and that he was the most fantastic dad. Over time, he would leave messages saying “to my lovely, beautiful daughter, who is so talented.  And start singing “I just called to say I love you” by Stevie Wonder.

By that time, I was living in Los Angeles, and he was in London. He would say I was his morning sunshine, and I would call him last thing at night. I was his sun, and he, my moon.

I noticed my relationship with others, deepening. It’s so common for us to tell tales of disparaging stories, but imagine if you could find that one thing you like about a person and make that your story. You may be surprised how a person will respond to you. Whether you are attempting to build a better relationship with your lover, your parents, your boss or your friends – find your shared story, that simple connection that the two of you can share.

Years later, after his death, I found a speech he gave for a luncheon about his life.  “I have found my relationship with my daughter one of the most meaningful things in my life,” he told the crowd of retirees, “I cannot tell you how wonderful it feels when I hear my daughter tell me how much she loves me.” And even though we were no longer together on this earth, in that moment – and in many moments since – I felt my father holding my hand.

Dad, wherever you are, Happy Father’s Day! 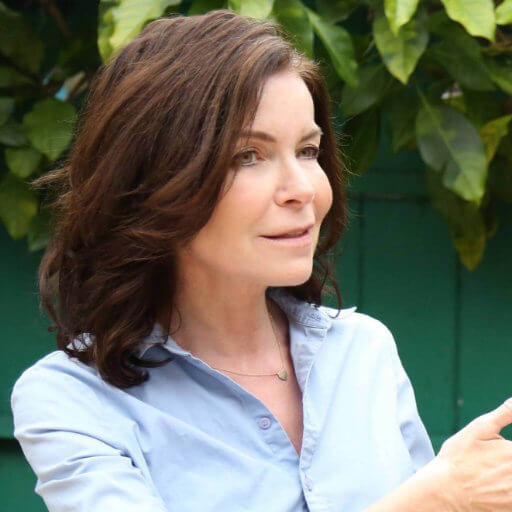